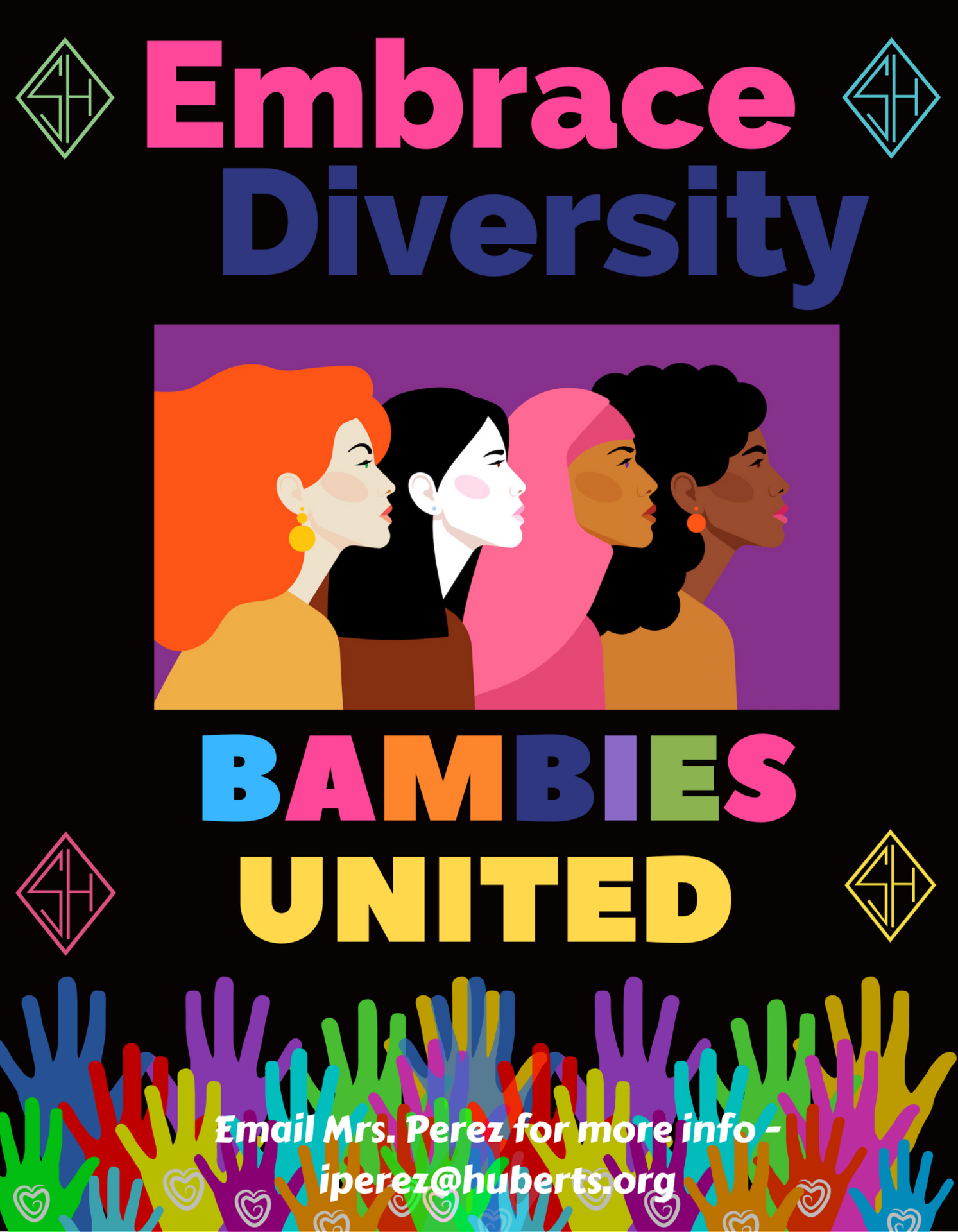 Be Inspired ... Be Great ... Be a Leader...B.U.
Bambies United is a diversity club where we learn to respect & accept our differences by exploring and celebrating the rich culture of each individual. It's welcome to ANYONE & EVERYONE.
Corinthians 12:12-27
One Body but Many Parts
12 There is one body, but it has many parts.
But all its many parts make up one body.
It is the same with Christ.

It was not until 1988 that the event was expanded to month-long period, which includes El Dia de la Raza on October 12, which celebrates the influences of the people who came after Christopher Columbus and the multicultural, multiethnic society that evolved as a result; Chile’s Independence Day on September 18 (El Dieciocho); and Belize’s Independence Day on September 21. Each year a different theme for the month is selected and a poster is created to reflect that theme.

National Native American Heritage Month is an annual designation observed in November. During this time, we celebrate the diverse and rich culture, history, and traditions of Native people. It’s also a time to educate anyone and everyone about the different tribes, and to raise awareness about the struggles native people have faced in the past as well as the present. American Indian pictures, words, names, and stories are a crucial part of American history, and help mold our life today.

Thousands of years before Christopher Columbus and his crews landed their ships in the Bahamas, the Native Americans had discovered America and founded their lives and communities there. Native American history overflows with a variety of diverse groups and prominent leaders and figures like Crazy Horse, Sitting Bull, Sacagawea, and Pocahontas. Native Americans were always known for hard work and quick instinct. Today, there are about 4.5 million Native Americans in the United States, making about 1.5 percent of our population. Take some time to learn about and celebrate their culture this month.

In 1926 Dr. Carter G. Woodson instituted the first week-long celebration to raise awareness of African Americans’ contributions to history. Prior to this time, little information could be found regarding African American history. Important achievements were left out of history books, and there was a general misconception that African Americans had made little contribution to U.S. society or history. 50 years later, the week became a month, and today February is celebrated as African American History Month.

The month of February was chosen because it celebrates the birthdays of Abraham Lincoln and Frederick Douglass, both of whom dramatically affected the lives of African Americans. Frederick Douglass (1817-1895) was a writer, lecturer, editor, and civil rights activist who escaped slavery at age 21 and went on to campaign for the abolition of slavery, establish a newspaper, and hold the office of Minister to Haiti. He was a major voice in the anti-slavery/civil rights movement of his time. Abraham Lincoln (born February 12, 1809), as the sixteenth president of the United States, issued the Emancipation Proclamation on January 1, 1863, thereby declaring that all slaves within the Confederacy would be permanently free. Each year, the Association for the Study of African American Life and History, founded by Dr. Woodson, sets the theme for the month.

National Women's History Month was established by presidential proclamation in order to draw attention to and improve the focus on women in historical studies. It began in New York City on March 8, 1857, when female textile workers marched in protest of unfair working conditions and unequal rights for women. It was one of the first organized strikes by working women, during which they called for a shorter work day and decent wages. Also on March 8, in 1908, women workers in the needle trades marched through New York City's Lower East Side to protest child labor, sweatshop working conditions, and demand women’s suffrage. Beginning in 1910, March 8 became annually observed as International Women's Day. Women’s History Week was instituted in 1978 in an effort to begin adding women’s history into educational curricula. In 1987, the National Women's History Project successfully petitioned Congress to include all of March as a celebration of the economic, political and social contributions of women.

The luck of the Irish shines on March — which has not one but two Irish celebrations. While most of us know about St. Patrick’s Day, far fewer are aware that Irish-American Heritage Month is celebrated in March as well. That should come as no surprise. Irish Americans have played a prominent role in this country since before the American Revolution.
This month gives everyone a chance to discover Irish culture and appreciate the ways Irish immigrants have contributed to the United States.
https://nationaltoday.com/irish-american-heritage-month/

During the month of April, Arab America formally recognizes the achievements of Arab Americans through the celebration of National Arab American Heritage Month (NAAHM).
Across the country, cultural institutions, school districts, municipalities, state legislatures, public servants, and Arab Americans will engage in special events that celebrate our community’s rich heritage and numerous contributions to society.
https://www.arabamerica.com/celebrating-national-arab-american-heritage-month/ 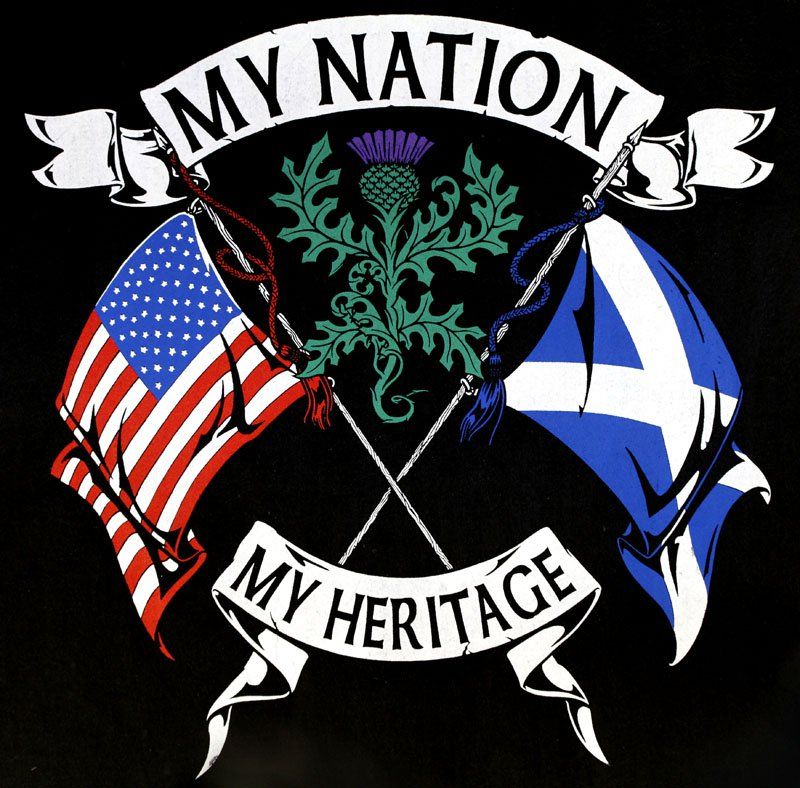 During the month of April, Scottish-American Heritage is recognized. From first patriots, presidents and industrialists, Scottish Americans contributed significantly to the establishment and development of the United States.